The Rich History of Turkish Fashion 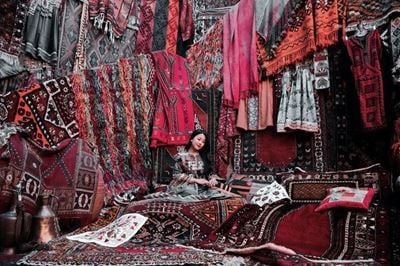 Trends often quickly come and go in the world of fashion, as it’s an industry that quickly evolves. However, despite many changes in styles, materials, and colors in clothes, many cultures value staple pieces and tradition. For example, Turkish fashion is one that shows innovations and fresh perspectives while preserving the rich history that comes with each clothing item.

Fashion is never just about superficial aspects of a person’s appearance—it represents many deeper concepts, such as identity, personality, and practicality. Moreover, it shifts along with society. Clothes capture the people’s history and prevailing culture.

Turkey is home to numerous unique styles and materials of clothing that reflect the nation’s colorful culture. With this, let’s explore the rich history of Turkish fashion.

The Turks were once a set of nomadic tribes who lived in Central Asia. Many of them were soldiers, and their choice of garments reflected their lifestyles. Clothing items were made to prioritize protection from the elements while allowing for mobility and efficiency in battle.

Gravures and miniatures preserved from those periods show that they used wool and leather from various animal sources, such as cows, lambs, foxes, and bears. They also fashioned clothes out of cotton and felt. The nomadic tribes also traditionally wore collarless shirts and loose trousers, which made the males and females alike ready for battle on horseback.

The Seljuk and Ottoman Empires

The Turks emigrated from Asia to Anatolia, and a cultural shift began, leading to a change in clothing aesthetics. When the Seljuk Empire rose to power, the people had utilized various materials like fur, cotton, camel’s hair, felt, and silk. They had mostly Persian influences and made kaftans (outer jackets or vests), inner robes, and şalvar (loose trousers) to complete their looks.

The Ottomans had Arab influences yet continued to retain most of their clothing traditions. Fashion became a sign of social status, and this continued well into the 17th century.

The wealthy and powerful wore ornate kaftans made of expensive fabrics, complete with embroidery and fur linings. Their stunning luxury garments made the period an incredibly colorful one in terms of fashion.

It wasn’t just the fabric that mattered in clothing—color also played a significant role in showcasing one’s status. The Ottoman courts had specially made apparel, and common people were banned from wearing the colors they wore.

The Founding of the Republic

The 18th and 19th centuries saw the Turks adapting their fashion as Western influences came along. Women steadily became more prominent members of society, and different styles of çarşaf rose in popularity, mostly replacing the traditional outdoor robe or ferace.

Turkish fashion has undeniably evolved drastically over the years. From the nomadic era to the modern, more globalized world we live in, clothes have been a significant part of the nation’s history. Each article of clothing holds power, symbolism, and culture with each stitch, and the fashion industry in Turkey will continue to develop as society progresses.

If you’re looking to buy luxury women’s clothing in Qatar, Jordan, or Lebanon, Stykey has you covered. We offer high-quality clothes, cosmetics, food, and other products from the best brands proudly from the Republic of Turkey. Shop with us today!